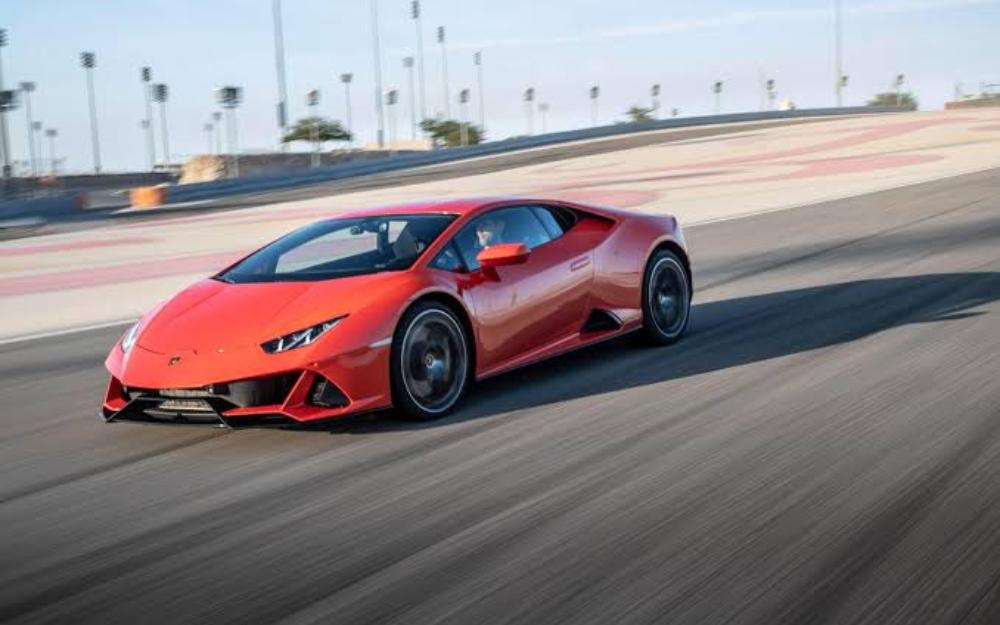 The Lamborghini Huracan EVO features a new front air trap that keeps the fangs hidden maintaining an aggressive look. The rear has received some modifications too. The exhaust pipe has been placed in the same design as the bent rice above the brisk diffuser fin. This was in order to ensure there is greater wind flow to facilitate a better car pull compared to the previous model.

There has been an introduction of a new colour, the Aranco Xanto orange colour that is sprayed with a precision of over 4 crisp layers which give these luxury cars the lustrous glow. Owners are however able to request for colour customization but at an extra fee which can be discussed with the department in charge.

The interior of the new Lamborghini Huracan EVO 2019 is similar to the Lamborghini Huracan Coupe but has more modern modifications. The new with Multi-Touch control panel on the digital screen is one of the distinguishing features. The Hurcan EVO has replaced the original keypad with an 8.4-inch Human-machine interface at the centre console. The interior finishings such as the door panel and consoles have been decorated using Carbon Skin® which is a great alternative from Alcantara. This has helped reduce the bulkiness of the car by 28%.

There is a 4-wheel drive system that enhances driving performance by distributing torque between the front and rear axles no matter the situation. This overall pulls the driving performance to attain the car’s full potential. Due to the Lamborghini Integrated Vehicle Dynamics, the car is able to display this on the screen of the human-machine interface that facilitates a smooth ride.

The new Lamborghini Huracan EVO 2019 comes equipped with a 5.2-litre V-cylinder engine with a compressed air system that is similar to the Hurcan Coupe. The Huracan EVO is able to achieve a 640 horsepower at 8,000 rpm. The maximum torque has increased from 560Nm at 6,400rpm to 600 Nm.

The weight to power ratio of the Lamborghini Huracan EVO has also changed from 2,33kg to 2.22kg resulting in an increase in acceleration speeds from 0-100km/h to 325km/h which is remarkable!

Indeed the Lamborghini Hurcan EVO has evolved in terms of performance. It has delivered the same sleek design with a major upgrade on its engine dynamics. The A-list of Thai will sure enjoy the smoothness of this marvellous car.

The all-new Volvo S60 gives you a choice of driving modes that will put the driver at the center of a dynamic experience. The interior of this car will be tailored to your needs. It will be the place that combines human-centric knowledge with easy-to-use technology along with a very elegant Scandinavian design.

These are two sub-models of the BMW 7 series and both are complete with innovations that will enhance versatility and comfort. Their new looks will help to reinforce the convenience and agility of luxury cars.

The MG ZS first debuted in 2017, totally changing the role of the MG ZS. With an attractive price and option equipment that is way ahead of the competition. These vehicles are at the top level of the B-Segment SUV. It measures 1,653 mm in height x 4,323 mm in length x 1,890 mm. The rear luggage storage, when folded, is 1,187 liters and a fuel tank capacity of 45 liters.

The Suzuki Ciaz 2020 is considered to be an affordable sedan for drivers with a sports design. The elegance of a sedan and sports design fit together perfectly. There is a possibility that this car may enter the Eco Car Phase 2.

Please select one of the choice above...